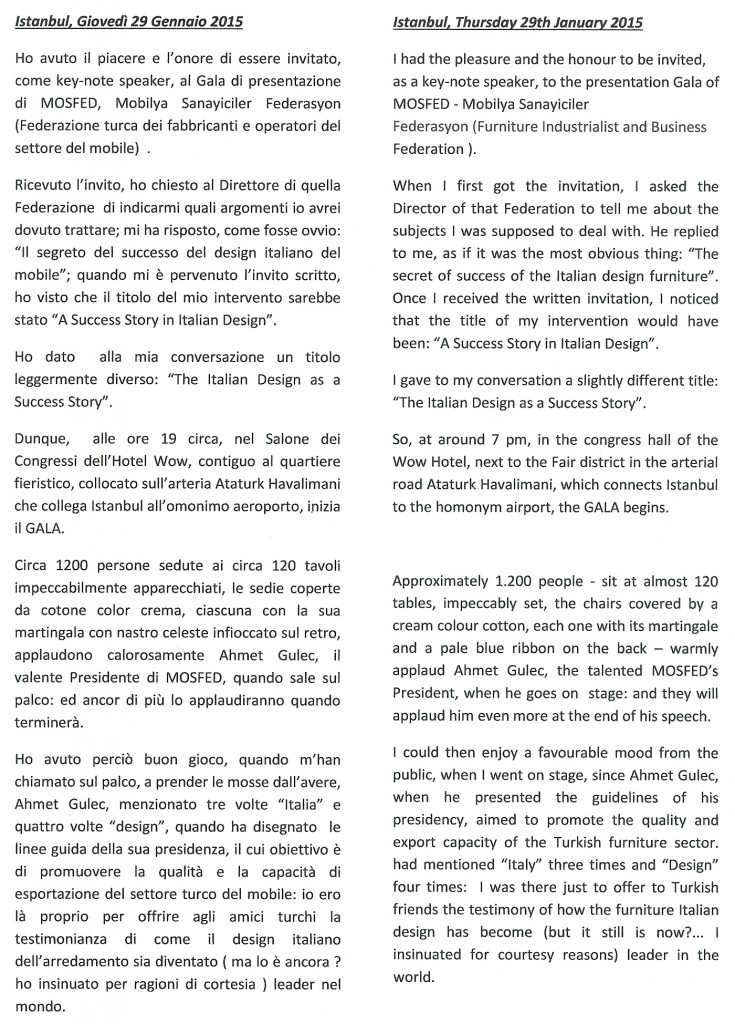 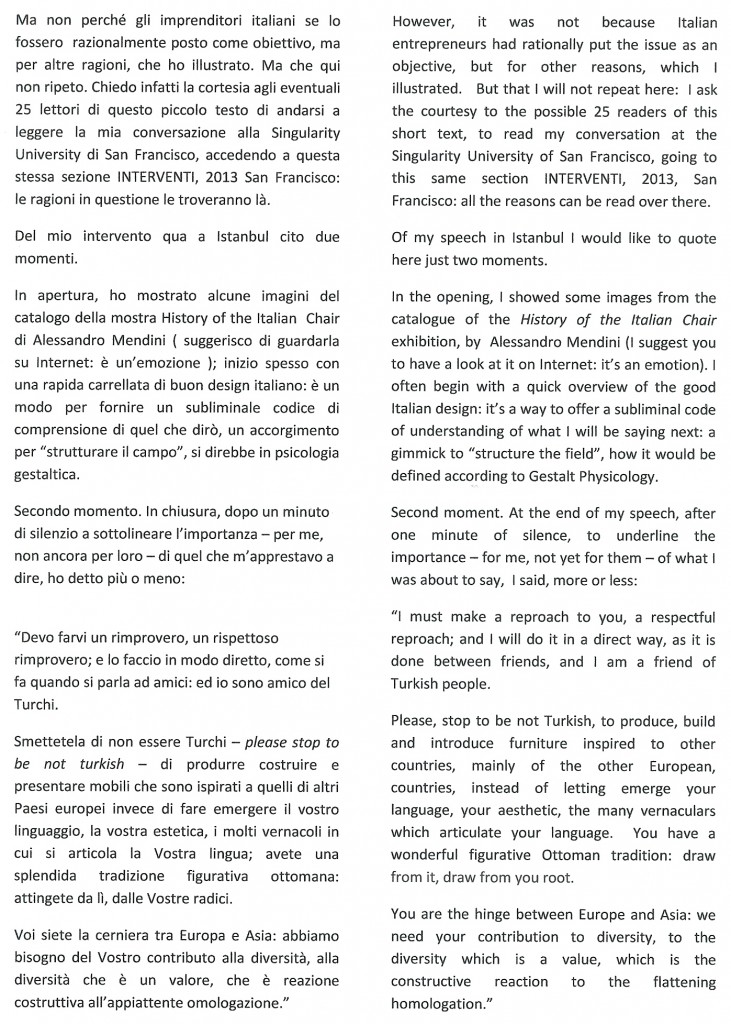 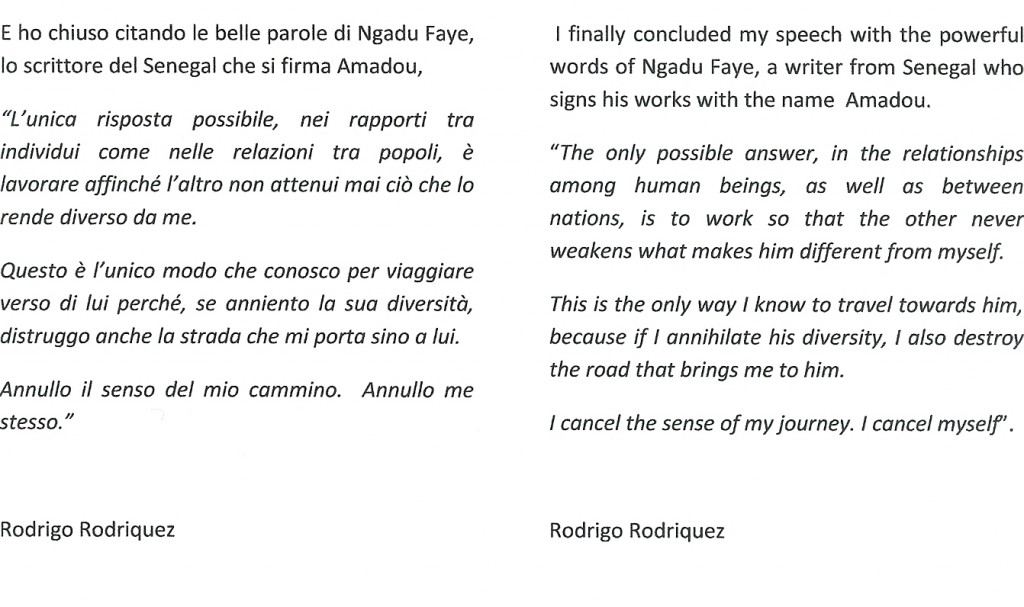 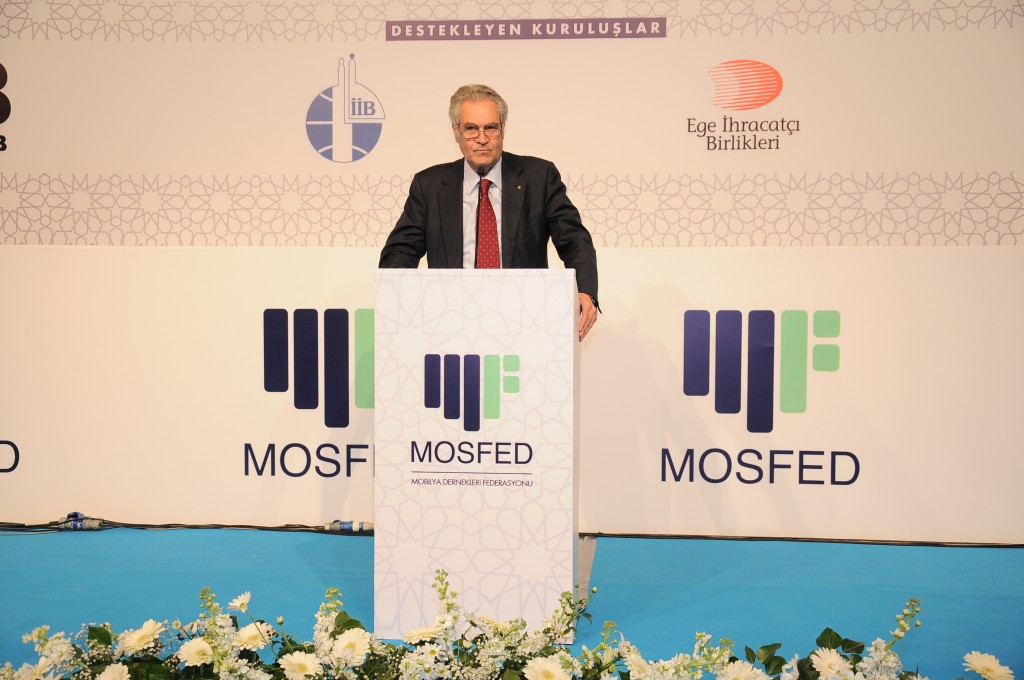 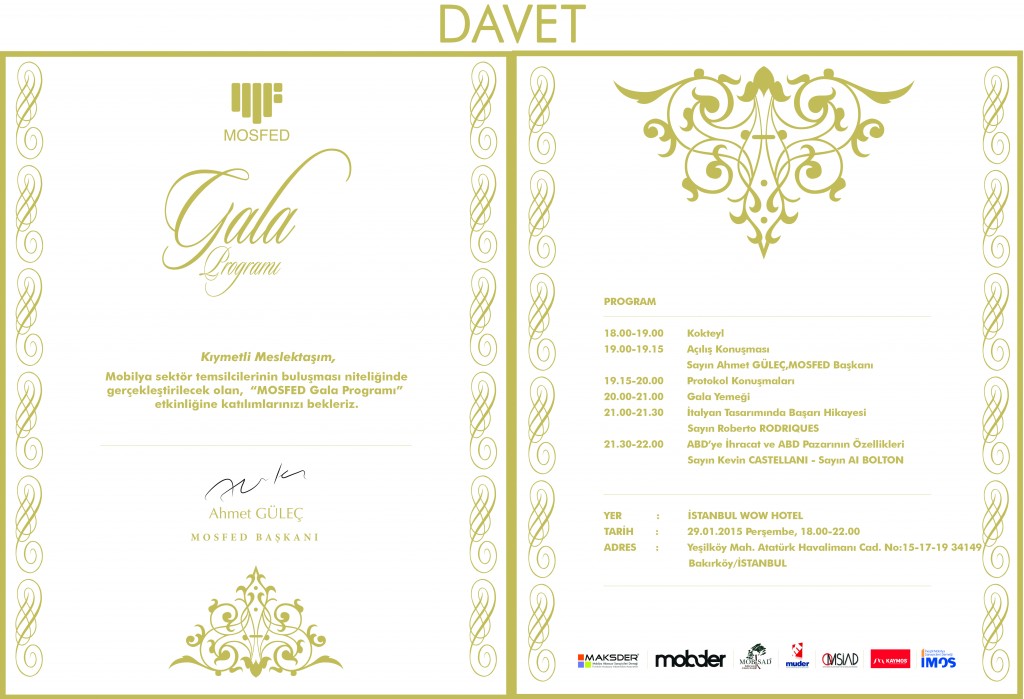 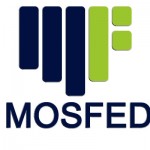 MOSFED, THE UMBRELLA ORGANIZATION OF FURNITURE INDUSTRY, CARRIED OUT THE 2015 GALA PROGRAM WITH GREAT ENTHUSIASM AND PARTICIPATION

About 1500 sector representatives attended to MOSFED Gala Program which was held in WOW Hotel on 29 January 2015. Having been carried out with great enthusiasm, Gala Program was rich in protocol participation as well as in guests.

The program started after Mr. Ahmet Güleç, the founding president of MOSFED, and other presidents of the Federation were introduced. Including establishment process of the Federation, the targets of the industry and next year strategies, the speech has become prominent with following features:

“Fortunately, we have come to these days and carried out this meeting as the Federation gathering all of the furniture associations under a single roof.

We will carry out the fair in the event of our Federation in CNR. İstanbul Furniture Fair will not be a fair which only hosts distributors but will be a fair in which franchise agreements are dealt with and signed.

We will increase quality as well as the number of participants and we can achieve it only by establishing “fair concept” as other important international fairs do.

We will organize a fair on international standards which is categorized according to the area of expertise and in which mattress, armchair, chair, office furniture sellers and classic and modern furniture sellers gather under a single roof. In short, a structure will be established which will serve as a model for other sectors in our country.

Our main target is to increase export, to reach more points and to tend towards high quality markets with higher added value.”

Taking the floor in the last part of protocol speech, Veysel Parlak, General Manager of Export, shared these 3 important messages with the sector representatives in his speech in which he explained many innovations.

2. He said that they invite VIP procurement committees to the fairs and support the enterprises.

3. Lastly, he stated that some fairs such as İstanbul Furniture Fair, which is held in domestic market, will be supported as considerably as international fairs since they support export.

Explaining such important developments in the sector, which were expected for a long time, in MOSFED Gala Program has made many people happy.

In the last part of the program, Rodrigo Rodriquez, a famous Italian design entrepeneur, gave important messages on design, innovation and focusing. He specifically emphasized that the sector should take advantage of the culture on Turkey’s own territory for the design and should be nourished from these resources.